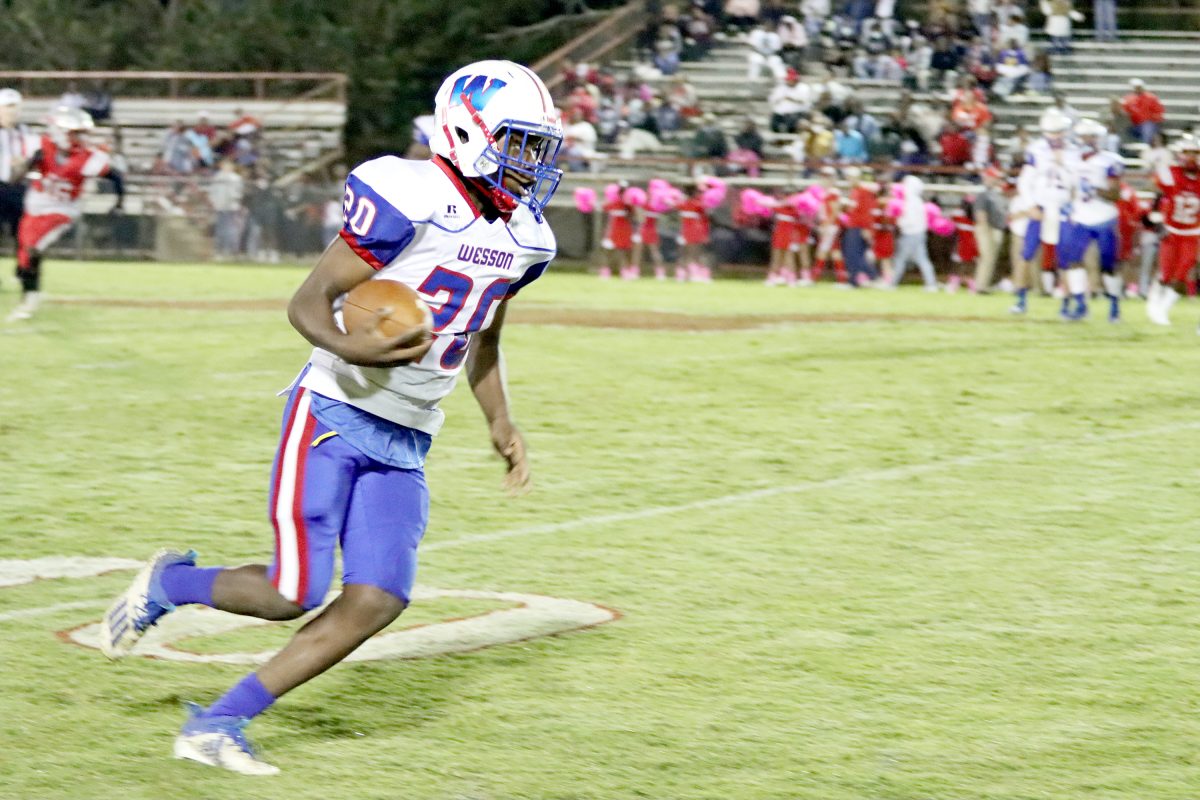 By Rusty Newman
The Magee Trojans took care of business and had a great Homecoming celebration as they defeated the Wesson Cobras 52-0 Friday night in Magee.
Wesson received the opening kickoff and tried to get some offense going as quarterback Will Loy connected with Justin Hailey, who took the ball deep down into Trojan territory. However, a few plays later, the Cobras fumbled, and the momentum shifted to the Trojans and stayed that way all night. Magee drove down the field and put a drive together that ended with a 25-yard field goal by Gavyn Chafin to give the Trojans a 3-0 lead.
A few possessions later, the Trojan defense stepped up as junior defensive back Gavin Drones got an interception and returned it 70 yards for a touchdown. The Chafin extra point was good, and the lead was 10-0.