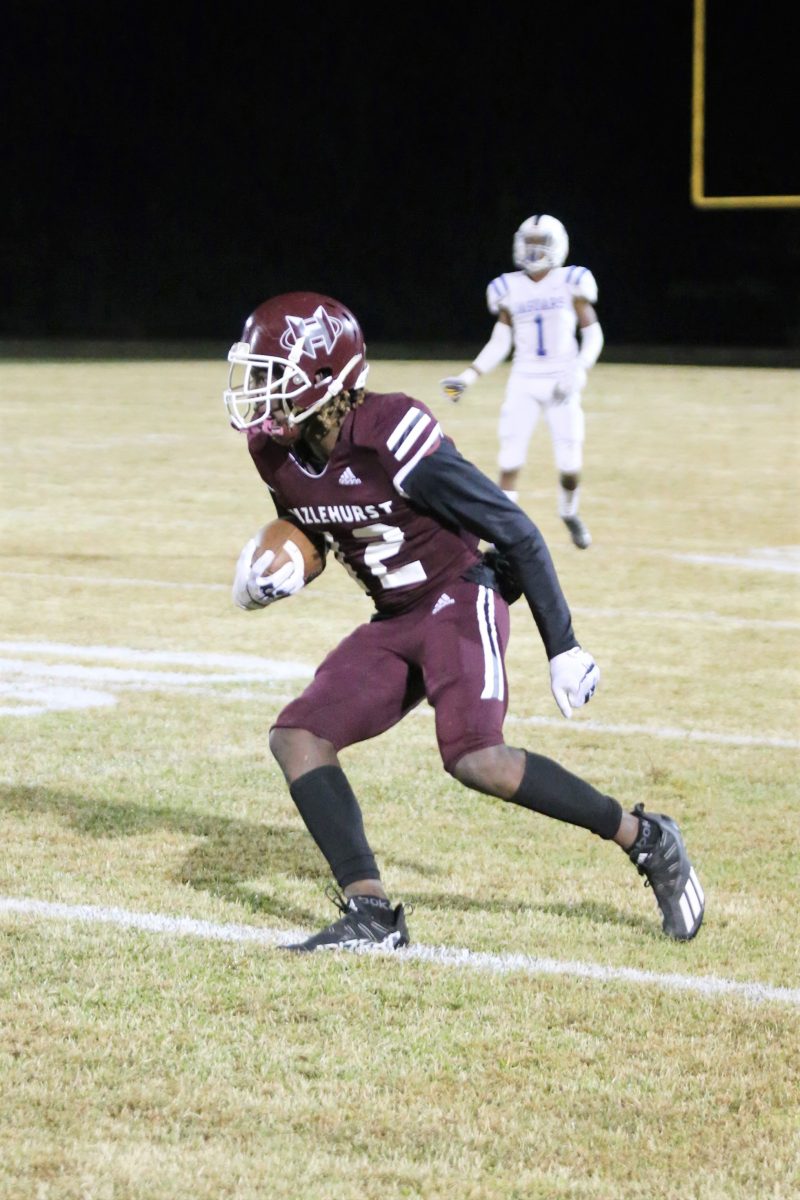 By Ja’Kyah Collins
The Hazlehurst High School Indians football season ended Friday night with a loss to Jefferson Davis County. The Indians hosted the Jaguars in the second round of high school playoffs but fell short in front of the home crowd.
“Our kids gave us all that they had on Friday night,” said Coach Damien Gary, “but it just wasn’t enough to overcome mistakes and a very good football team in JDC.”
Hazlehurst couldn’t get anything going consistently. There were a few bright spots here and there, but it just wasn’t enough, Gary said.
Gary praised his team for a great season, even after all the adversity faced early on in the season.
“Our players stayed steadfast and continued to put themselves in position to be successful. We will take some time off and give guys time to recover and recharge. This off-season will be big for us going into next year. Many lessons have been learned this season and we must grow from them,” Gary said.