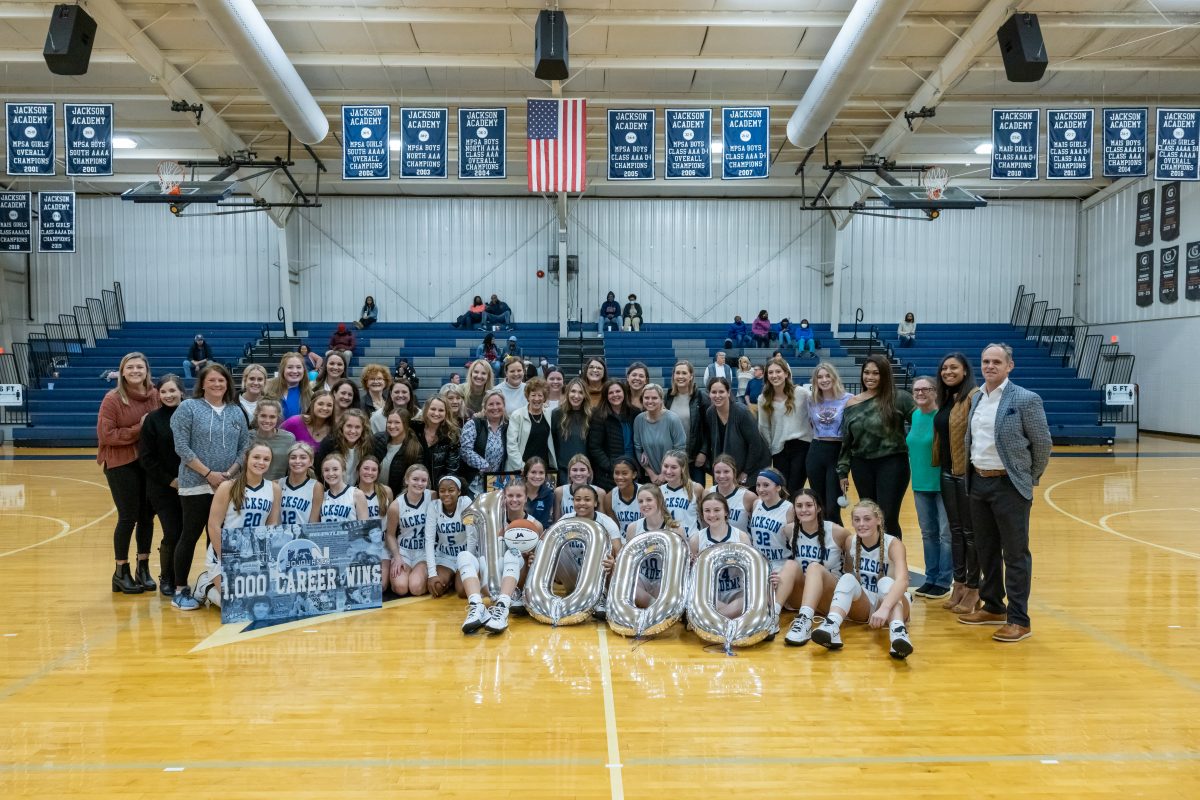 The Jackson Academy Lady Raiders’ Dec. 7 win over Richland High School cinched Head Varsity Basketball Coach Jan Sojourner’s 1,000th career win. One of Mississippi’s winningest coaches, Sojourner has been at Jackson Academy for 37 years. A host of former players assembled in the Raider Dome to celebrate the milestone with Sojourner, members of her family, and the Lady Raiders. She is a native of Crystal Springs and a graduate of Copiah Academy. She began her coaching career in 1976, first at Canton Academy, followed by coaching roles at Brandon High School and during a graduate assistantship at Auburn University. Her JA teams have won six MAIS Overall State Championships, 10 MAIS State Championships, and 11 MAIS District Championships. Coach Sojourner was inducted into the first class of the MAIS Sports Hall of Fame in 2002. (Photo by Conrad Ebner)