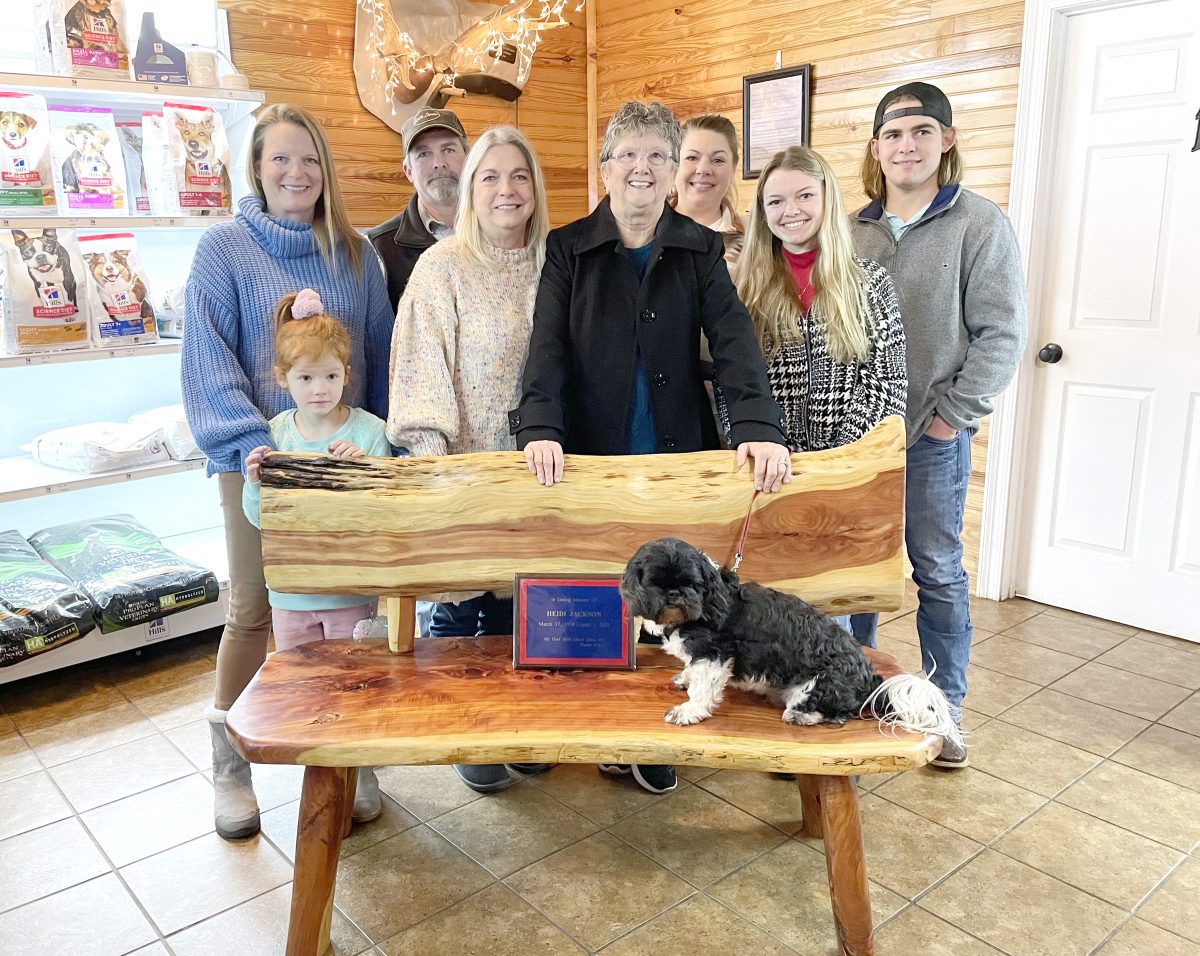 A handmade cedar bench has been presented to Copiah Animal Shelter in memory of Heidi Jackson, an animal lover who volunteered with the shelter. Mary Porter, a former softball coach, led the effort to do something in Jackson’s memory that would be unique. Jackson was one of Porter’s first players, and they had stayed in contact on social media through the years. Porter reached out to others who worked and played ball Jackson, and they came up with the idea of the bench that will be set up at the new shelter facility that is being completed. Brenda Mitchell, a co-worker of Jackson’s, said she had a calling to take care of others and then animals. Dr. Beckey Holifield said Jackson was a big supporter of the shelter. Barbara Nell Jackson expressed her thanks to the group of friends for making the presentation. Family members on hand for the presentation included (from left) Elizabeth Jackson Huggins, Piper Huggins, Judson Jackson, Barbara Nell Jackson, Mary Porter, Shelly Jackson, Camden Jackson, and Tucker Jackson. Heidi Jackson’s shelter dog, JT, checks out the new bench.