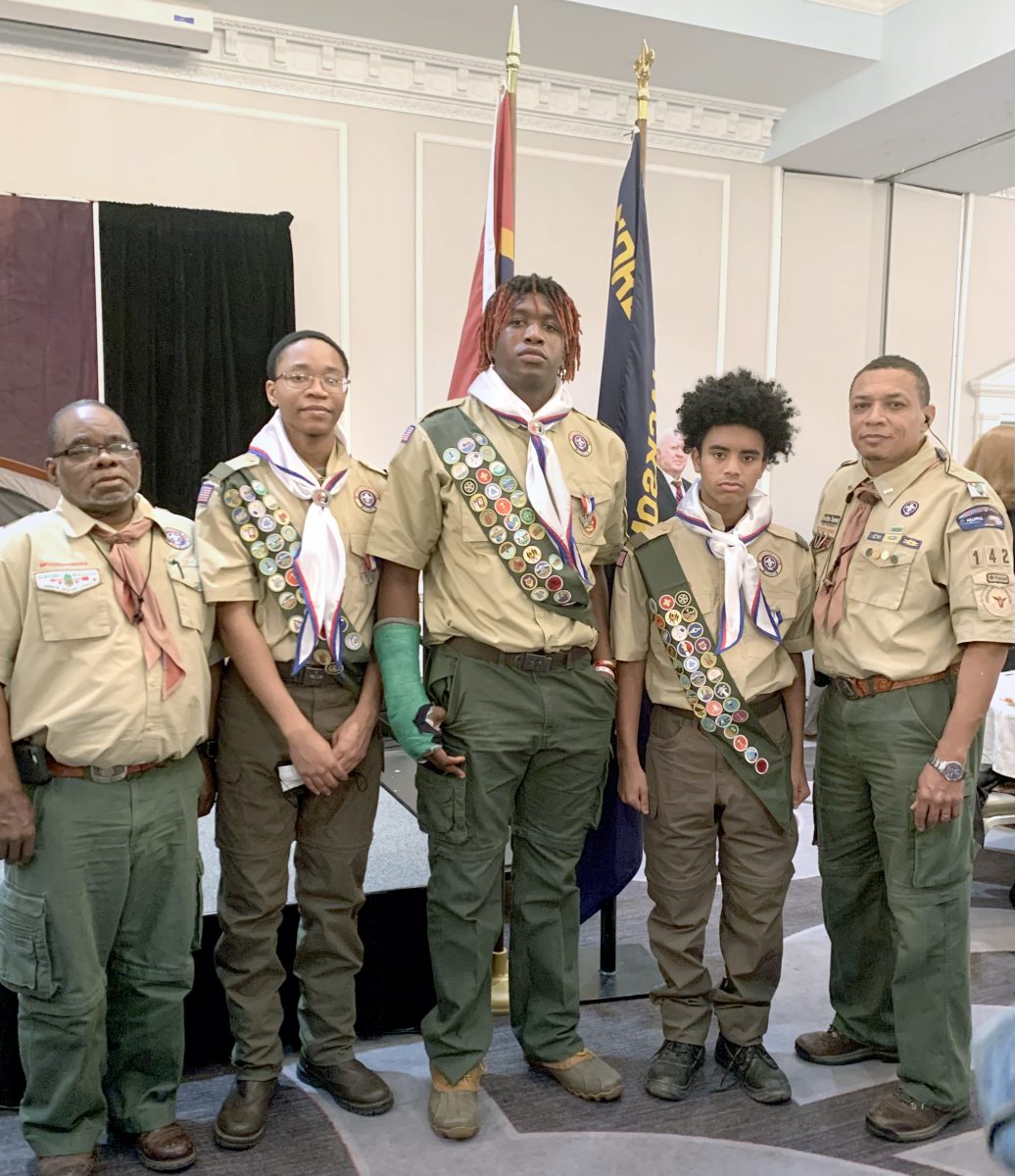 On Jan. 4, Ju’Marion Larry, Jake’Quavious Harris, and Alexander Roman achieved the rank of Eagle Scout in the Boy Scouting program of the Boy Scouts of America. The trio received their awards and scholarships on Feb. 4 at the Eagle Scout banquet held at the Hilton in Jackson.
They are members of Troop 142 in Hazlehurst and are seniors at Hazlehurst High School.
To earn the rank of Eagle, a Scout must earn at least 21 merit badges, 13 of them Eagle, as well as demonstrate leadership and community service by organizing and carrying out an Eagle project.
For their projects, Larry painted fire hydrants, Harris provided supplies to residents at Copiah Living Center, and Roman built and donated a picnic table to Long Leaf Trails in Sumrall.
Larry is the son of Jesse and Benita Larry, Harris is the son of Tequana Hubbard and Ervin Harris, and Roman is the son of Constance Wade.