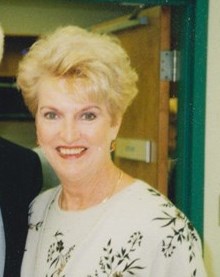 Willa Marie Beach Hulsey passed away Oct. 15, 2021, at her home in Madison. Marie was born on Jan. 27, 1939, to Inez Hennigan Beach and Samuel Irwin Beach. Marie was one of 12 brothers and sisters.
Marie graduated from Hazlehurst High School in Hazlehurst, class of 1959. Marie began her professional career as a receptionist at WBRZ Channel 2 TV as well as Richards Ford in Baton Rouge, La., and then later moved to Jackson in 1969 and began her career as the elementary secretary at Jackson Academy for 24-and-a-half years. After she retired, she enjoyed being chosen as a substitute teacher in the Madison County School District for over 10 years as well as tutoring students in the metro area. During that time, many students and their families were touched by Mrs. Hulsey’s kindness and influence.
Marie married Bill Hulsey on May 11, 1961, and they recently celebrated their 60th wedding anniversary. Together they had two children, Arlette Marie Hulsey Thompson (Bill) and William Bower “Trey” Hulsey Jr. (Liz). Her two grandchildren, Anna Gail Marie Welch and William “Hunter” Hulsey, both of Memphis, Tenn., affectionately called her “ReeRee.”
Marie is survived by two remaining siblings, sisters, Reona Beach Varnado, of Baton Rouge, La.; and Nancy Beach Shell, of Brookhaven; and numerous nieces and nephews.
Marie’s celebration of life service took place at Madison UMC in Madison, on March 26.
In lieu of flowers, those that wish to remember Marie Hulsey in a special way may make memorial donations to Friends of Children’s Hospital at 3900 Lakeland Drive, Suite 205, Flowood, MS 39232.