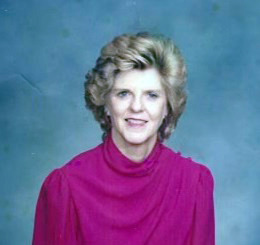 Cleonae Farmer Reid, of Wesson, spent her last days surrounded by family who sang hymns to her and held her hand as she peacefully went to be with the Lord on Palm Sunday, April 10, 2022. She loved to work in the yard and had the most beautiful flowers, including 4 O’Clocks which have unique blooms that only open in the evening. The embodiment of a servant heart, she found joy in caring for her family and community. Her door was always open for friends to drop in for a meal or coffee and for decades carried “Sunday Dinner” to the elderly and sick in the community. “Ms. Cleonae” cared for her mother, “Nannie,” for many years, and the pair enjoyed afternoon coffee with a little something sweet together every day at 4 o’clock. At precisely 4 o’clock on Sunday, she joined her mother in heaven just in time to watch the 4 O’Clocks open and have their afternoon coffee.
Cleonae Farmer Reid was born at home on Jan. 14, 1936, in the Strong Hope community to William Earnest “Dutch” Farmer and Esther Furr Farmer. An only child, she was her mother’s constant companion and inherited her father’s vocal talent. Cleonae began a life of service to her Lord and Savior at an early age and used her God given musical talents for His glory. At nine years old, she began singing gospel music on the radio when her talent was discovered by her church music director. She was also a gifted dancer and performed throughout the region in her teens as a Colette for the Copiah-Lincoln Community College Marching Band.
In 1953, at the age of 17, Cleonae eloped with her sweetheart, Robert T. Reid (“Bobby”), and they were married in San Diego, Calif., where he was stationed in the Navy. After his time in the service, Bobby and Cleonae moved to Jackson and welcomed their only child, Renee, in 1957. Bobby and Cleonae knew how to have fun and loved to cut a rug. They enjoyed spending time with friends, playing cards, and were known to move the coffee table in the living room to dance while watching “The Lawrence Welk Show.” Music remained her passion throughout her adult life, and she traveled the state singing for weddings, funerals, revivals, and other special events. She said that her voice was a gift, and she never wanted payment as it was her duty to share her God-given talent. During the early ‘60s in Jackson, she sang as a soloist and in a quartet at the Hillcrest Baptist Church, where she also directed childrens’ choirs.
In the summer of 1962, Bobby and Cleonae moved home to Strong Hope after the sudden passing of her father to help her mother with the family farm. It was then that she began her career as the music director of Strong Hope Baptist Church, a volunteer position that she held for over 45 years. In the ‘70s, Cleonae formed a regional Christian youth choir of approximately 50 teens that traveled through South Central Mississippi to perform.
In addition to her music, Cleonae worked for Trustmark Bank in Wesson. After 25 years, she retired in 1998 to care for her husband, Bobby, after he was diagnosed with a terminal illness. Before his illness was too advanced and true to his funny and rebellious nature, Bobby would jokingly say that “sometimes it’s really hard to live with a saint!” In the subsequent years, she worked tirelessly to manage Bobby’s care and kept him at home until the last year of his life when he passed in March of 2000.
In her mid-60s to late 70s, she thoroughly enjoyed life by singing in two additional performance choirs and even clogged as a member of the Dixieland Cloggers. She loved singing and dancing with these groups at nursing homes and local fairs. During this time, she also went back to work at Copiah- Lincoln Community College.
Several years after Bobby’s passing, Cleonae reconnected with an old high school friend, Edwin Remmington. Edwin and Cleonae had a very special bond, and they enjoyed spending time with each other’s families. They shared a wonderful companionship for over 15 years until his passing in February of 2017.
Her love of dogs, music, and working in the yard carried throughout her life. Mowing her grass and tending to the flowers were therapeutic for her.
With the help of many friends and her beloved community, she remained in Strong Hope until last year when she relocated to Brookdale Assisted Living in Germantown, Tenn. In the weeks before her passing, she was visited by some of her youth choir members and enjoyed their performance at Brookdale.
Cleonae Farmer Reid passed away at the age of 86 and was predeceased by her parents and husband of 45 years, Robert T. Reid (Bobby).
She is survived by her daughter, Renee Reid Utley (Mark D. Utley), of Germantown, Tenn.; her grandchildren, Ashley Utley Walker (Josh Walker), of Germantown; Mark D. Utley Jr., of Memphis; and Crystal Utley Secoy (Nick Secoy), of Clinton. She was lovingly called “Gee Gee” by her five great-grandsons, Joshua Paul Walker Jr. “JP” (6), Wallace Brooks Walker “Wally” (3), Luke Rivers Utley “Rivers” (4), David James Secoy “James” (7), and Jude Harrison Secoy “Jude” (4).
“Now when David had served God’s purpose in his own generation, he fell asleep; he was buried with his ancestors…” Acts 13:36.
Cleonae Farmer Reid loved this verse and dedicated her life to serving her generation according to God’s will. A celebration of her life was held April 15 at Strong Hope Baptist Church. Stringer Family Funeral Home in Hazlehurst handled arrangements.
Although she loved flowers, she loved her church more. In lieu of flowers, we request that you make a donation to Strong Hope Baptist Church.