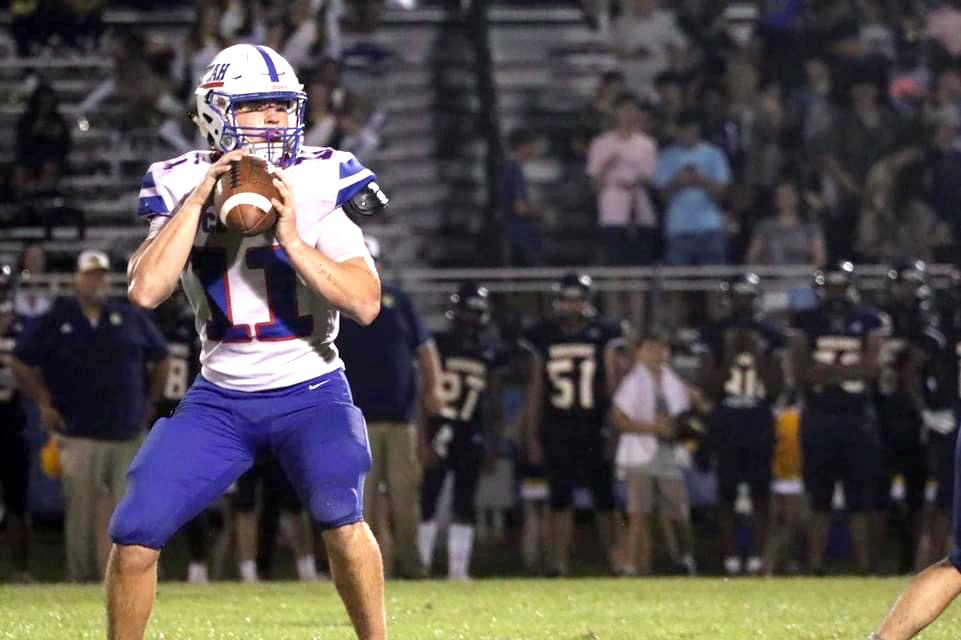 By Drake Flowers
For the third straight time in the Billy Hankins era, the Colonels of Copiah Academy came out victorious in their season opener with a 28-7 road victory over Madison St. Joseph. The preseason No. 2-ranked Colonels overcame a lightning delay, a sluggish start, muddy field conditions, some first-quarter turnovers, and a penalty-laden first half to secure the victory.
“Overcoming adversity was the story of the night,” Hankins said. “Most of the adversity was self-inflicted, but we found a way to push through and get a big win to start the year.”
Copiah moves to 1-0 on the young season and will look to open their home slate as they play host to Riverfield Academy this Friday in Gallman.
The first half, particularly the first quarter, proved to be rather clumsily-played for the white-clad Colonels. An interception and two different fumbles gave Madison St. Joe a short field to work with several times; however, the Bruins were unable to take advantage and left room for the Colonels to strike.