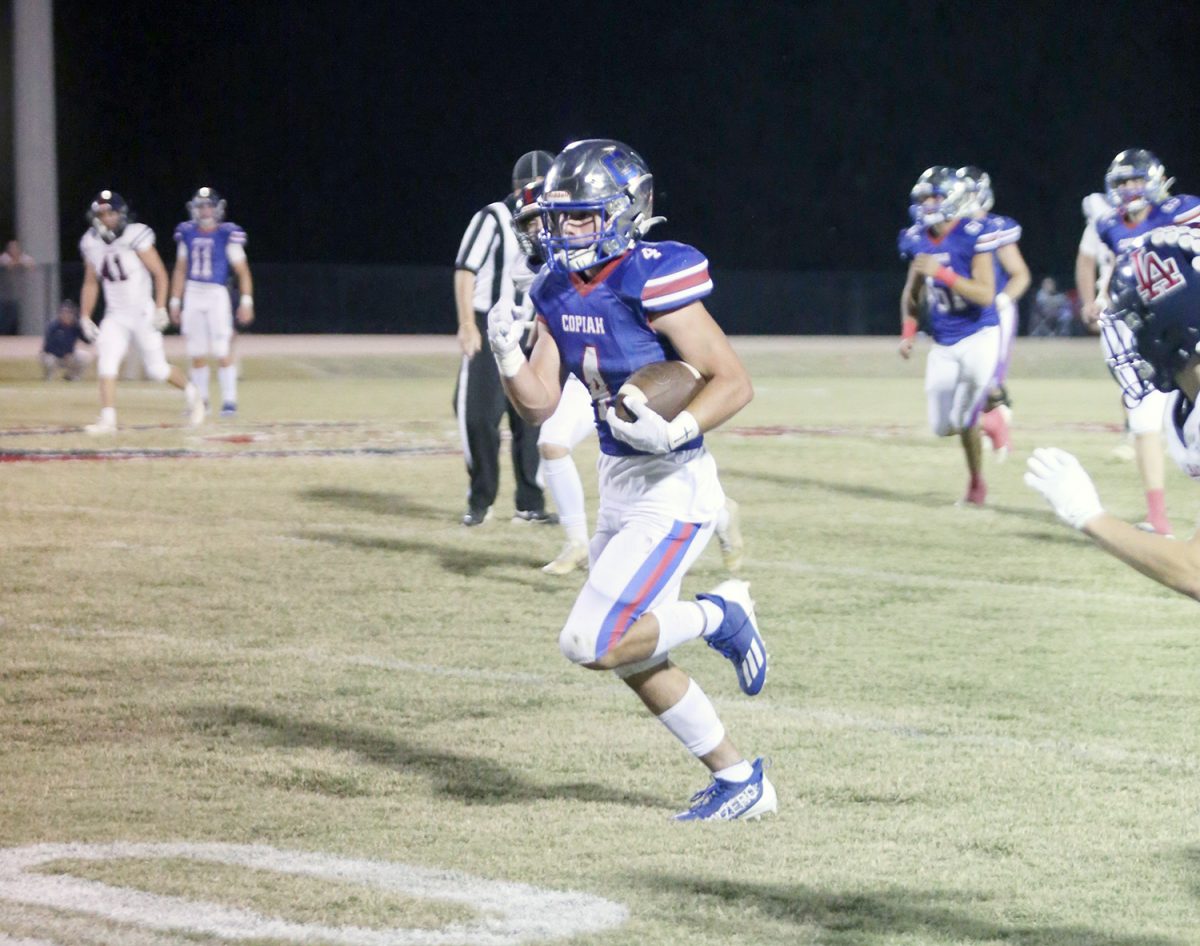 Jake Ainsworth runs around his blockers to score the second touchdown for Copiah Academy against Leake on Nov. 4. (Photo by Crockett Action Shots)

Copiah Academy controlled the football game from start to finish Friday night as they ran away with a 47-6 victory over the 10-seeded Leake Academy Rebels. Copiah now turns their attention to longtime rival Simpson Academy in the semi-final round with a chance to play for another state championship on the line.
The scoring started early and often for the Colonels as Wyatt Albright carried the ball 70 yards on the first play of the game for a touchdown. After a three-and-out by Leake, Copiah scored again on just their fifth play from scrimmage as Jake Ainsworth scurried 47 yards for another touchdown run. Following a Jamarius Greyer interception, Albright again found the end zone on a 1-yard quarterback keeper. Albright also threw three touchdown passes, all in the first half – one to Greyer from 75 yards out, another to Greyer from 45 yards out, and a final one to Brayden Bankston from 13 yards out. The Colonel offense scored its final time in the third quarter when Ladariuse Tyler found the end zone on a 20-yard carry.