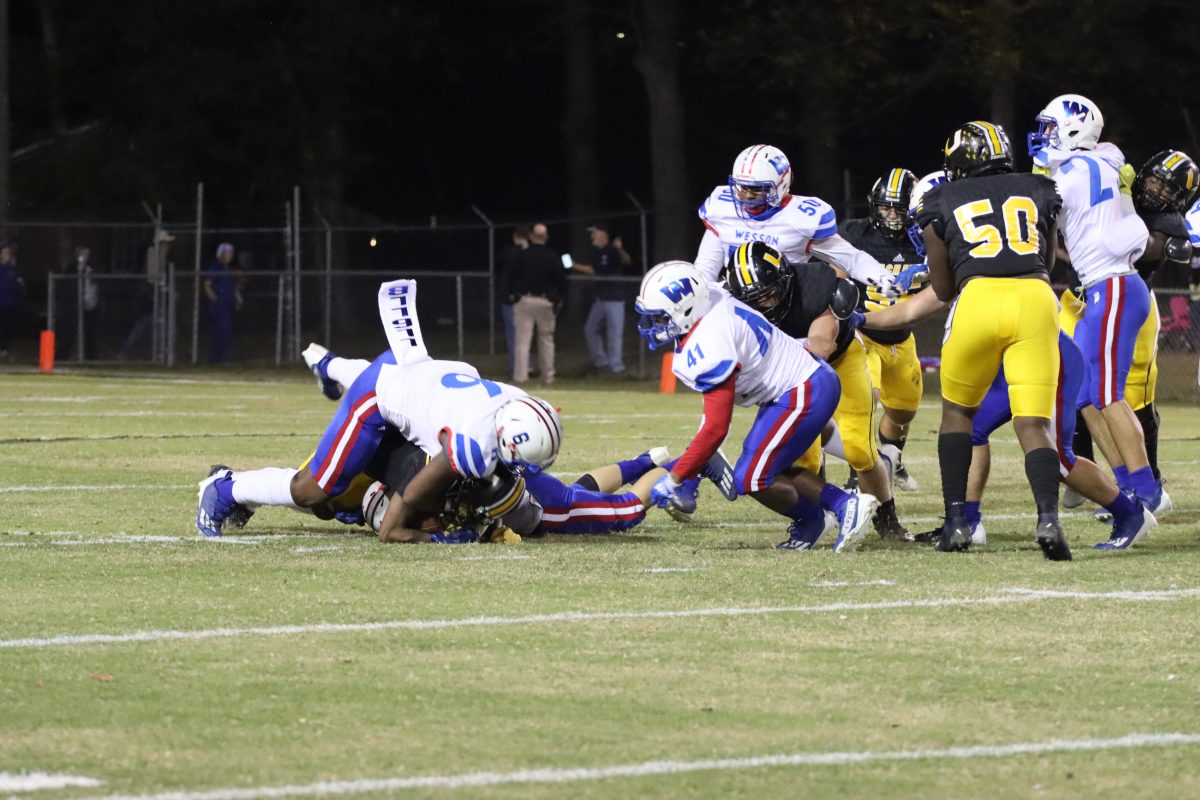 Senior Stevie Martin adds to his stats as the leading tackler for the Wesson Cobras. (Photo by Lisa Earls)

By Rusty Newman
The Wesson Cobras made the long trip to Union Friday night as the No. 4 seed to take on the No. 1-seed Yellow Jackets. It took overtime for the Cobras to pull off the upset, and Cobra nation went wild as they won the game 34-28.
Things didn’t start so well for the Cobras as they received the opening kickoff. They were forced to punt the ball, in which a bad snap happened, allowing the Yellow Jackets to take the ball on the Cobras 40-yard line. Union scored on their first offensive play with a 40-yard pass-and-catch score. The extra point was good and with 9:40 left in the first quarter, Union led 7-0.
Wesson bounced right back and put together a 61-yard drive that ended with O’mari Johnson on a 4-yard touchdown run. The extra point was blocked and with 6:56 left in the first quarter, Union led 7-6.