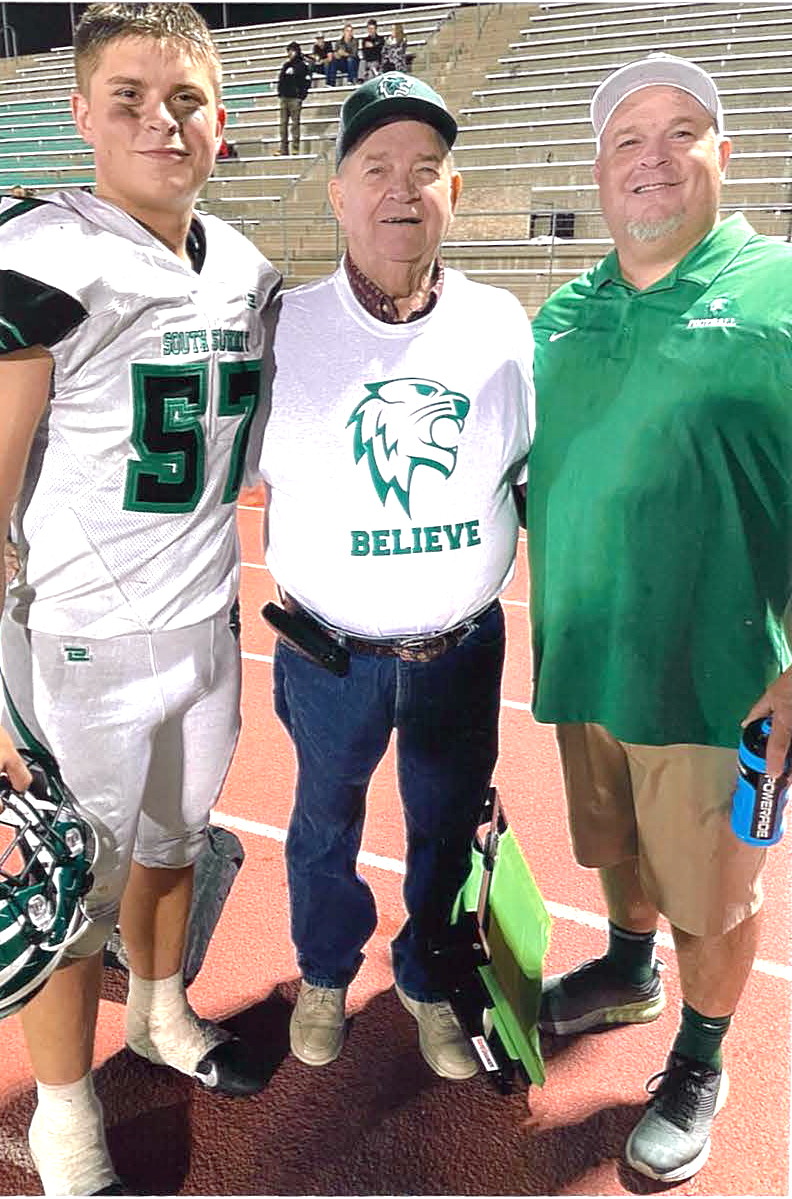 Brady Freeman (left) is a junior and varsity starting defensive end for the South Summit Wildcats in Kamas, Utah. He is currently ranked No. 1 in the state of Utah and No. 2 in the nation with a total of 26 season sacks. He had 69 overall tackles his sophomore year, combined with 56 tackles so far this year, making his career total 125 solo tackles. Freeman has been awarded player of the game as well as defensive player of the game three times this season. The Wildcats are region champions with a 12-0 undefeated season record heading into the semifinals Nov. 4. Freeman is the son of Jamie and Sandi Freeman, of Oakley, Utah; and grandson of Bob and Agnes Freeman, of Hazlehurst. Also pictured are Bob and Jamie Freeman.