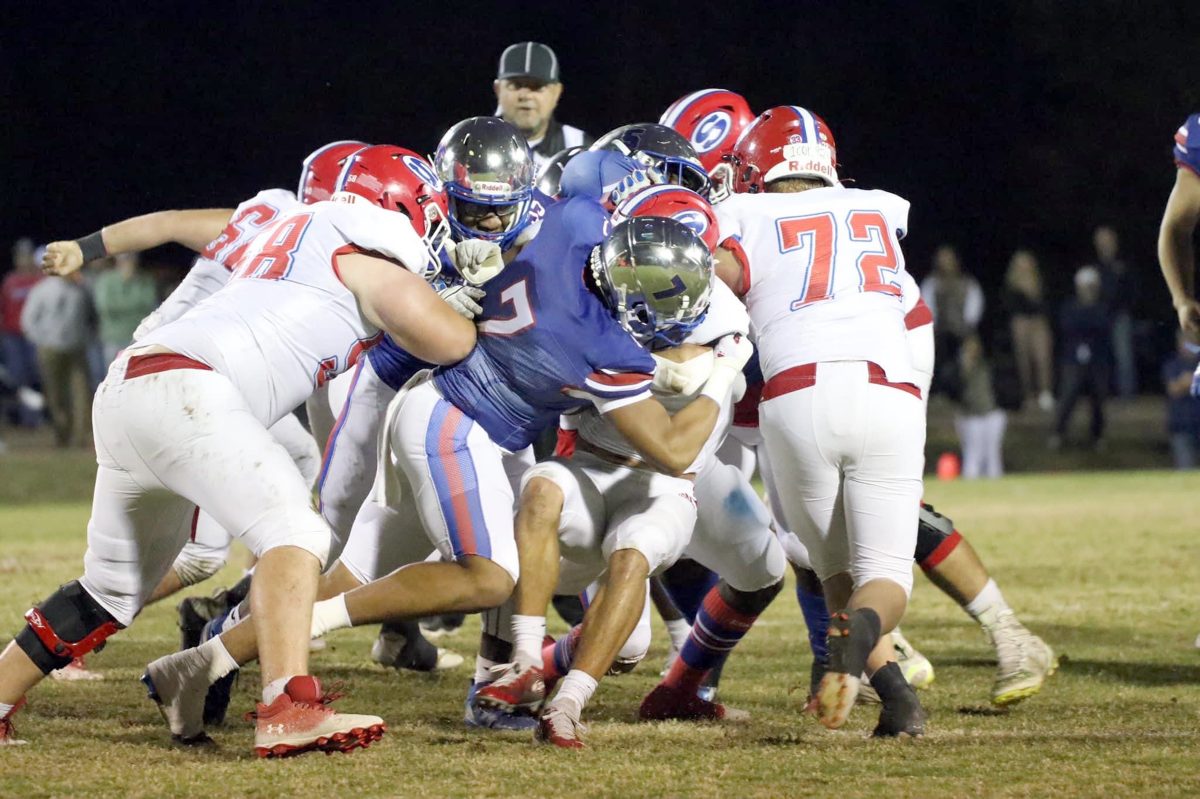 By Drake Flowers
For only the second time this season, the Copiah Academy Colonels fell short in a football game. A feeling that not many around Gallman are used to came at the hands of the visiting Simpson Academy Cougars in the MAIS 5A state semifinal matchup by a score of 13-10. On a night which turned out to be a defensive slugfest, with both teams trading turnovers and forcing punts, the Cougars were able to muster one more score than the Colonels, which proved to be the difference.
On a night where the offense seemingly struggled, Copiah was still able to rack up 235 yards of total offense with 208 of those coming on the ground. The lone Colonel touchdown came in the first quarter when senior quarterback Wyatt Albright scampered 76 yards to the end zone to put the Colonels up 7-0. Albright finished the game with 193 yards on the ground and just 27 through the air. The Cougars responded a couple drives later with a touchdown of their own and a missed extra point to make the score 7-6. 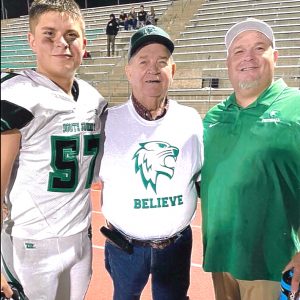