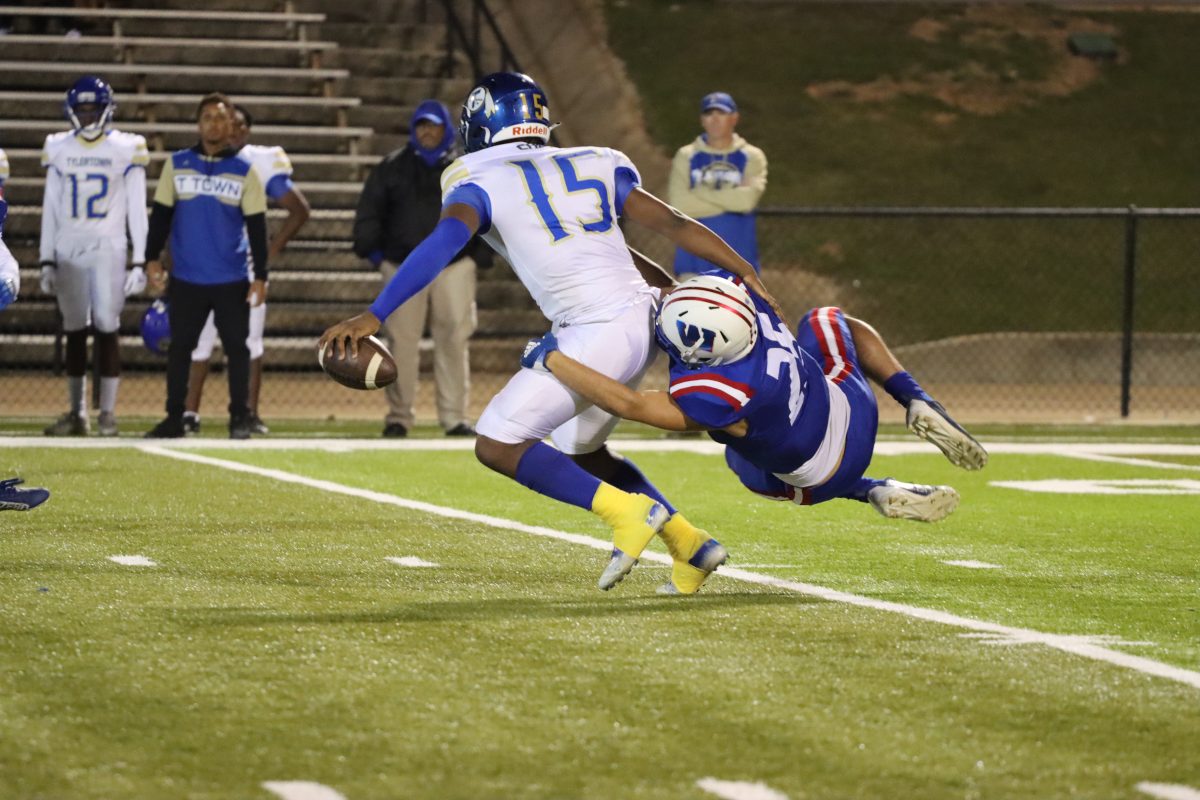 By Rusty Newman
The Tylertown Chiefs rolled into Wesson for the second-round playoff game Friday night, and it was their second time to play Wesson on their home turf this season. In the first matchup of the season, the Cobras outlasted the Chiefs 49-48 in a very intense game. Fans on both sides were ready for another barn-burner as they packed the stands in Stone Stadium.
Tylertown received the opening kickoff and took the ball first, but the Cobra defense came out ready as they shut the Chiefs down with a crucial defensive quarterback sack by Cody Munn to force a punt. Wesson took over the ball on their own 34-yard line and put together a 66-yard drive that ended with a Will Loy to O’Mari Johnson touchdown pass-and-catch. The extra point was good and with 7:14 left in the first quarter, the Cobras led 7-0.