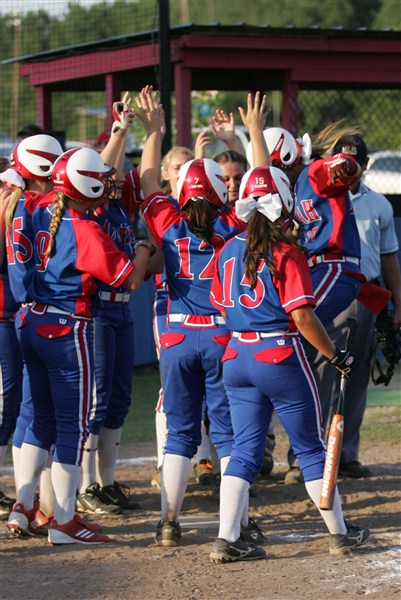 Another fast-pitch season is in the books and another title has been won by the Copiah Academy Lady Colonels, after they defeated Magnolia Heights 6-0 in the championship game last night at Liberty Park in Flowood in the MAIS Class AAA tournament.  Earlier in the day, the Lady Colonels avenged a south AAA title game loss to Parklane and defeated the Lady Pioneers 4-2 in the final of the winners bracket.  The Lady Colonels also defeated Mag Heights 6-5 in the first game of the day.

The state title is the third for Copiah Academy in fast-pitch, and also the third for head coach Terry Bauer.  Copiah won the title in 2004 and 2011, along with this year’s.

Complete coverage will be in next week’s print and e-edition of the Copiah County Courier.