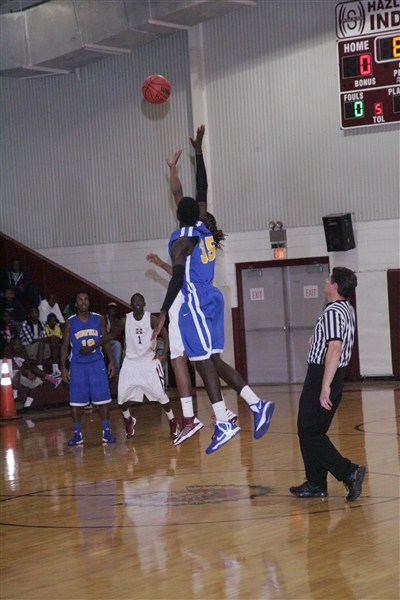 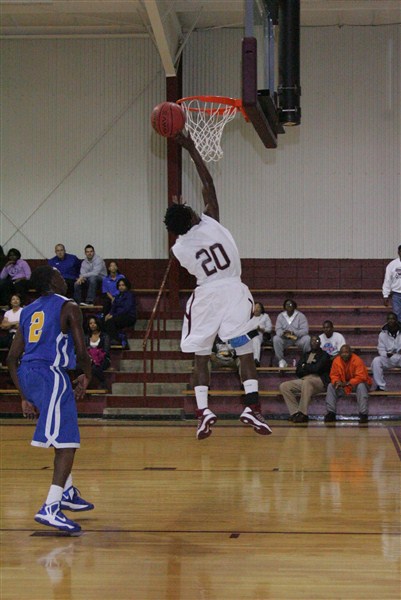 Easy lay-up after steal by the Indians. (Crockett Action Shots) 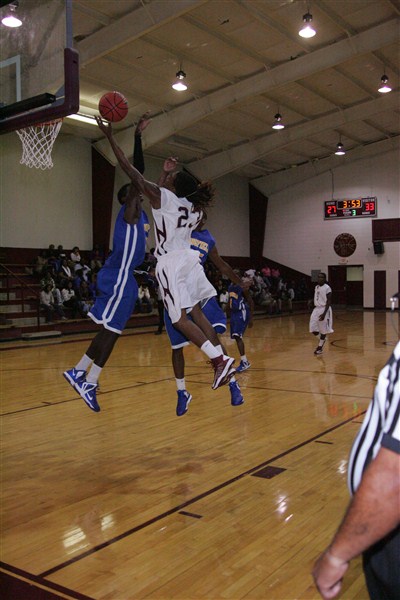 The Hazlehurst basketball Indians, coached by Carl Palmer, have gotten off to a fast start, playing Pearl, Jim Hill and Wingfield in the first three weeks of season.
Against Pearl, the Indians held a 52-46 lead after three quarters, but failed to seal the deal in the fourth quarter.  Pearl tied the game at 61 each in regulation, then outscored the Indians 9-8 in overtime to win 70-69.
A few days later, Jim Hill High School traveled to The Reservation and took a narrow 51-44 victory back to Jackson.  Last Tuesday, the Indians slipped a little, losing by double-digits to a well-coached and very talented Wingfield team.
The next scheduled action for the Indians is at Hinds AHS next Tuesday, December 4.  The Indians will be back home to host Clinton on Friday, December 7.
Posted in Sports