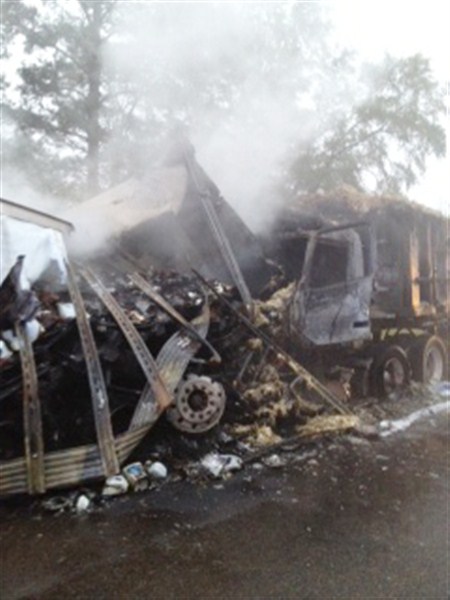 Law enforcement officials say two 18 wheelers collided on I-55 just south of the Gallman exit in Copiah County early this morning, killing one of the drivers.    The driver of a Griffin Industries truck, which was carrying a load of chicken parts, was killed.  The other truck was carrying anti-freeze, and the driver sustained no life threatening injuries.  The name of the deceased driver is being withheld until next-of-kin are notified.

“Chicken parts are all over I-55,” said Randle Drane, director of Copiah County Emergency Management Agency.  “We expect the roadway to be closed for quite some time, possibly into the afternoon,” Drane added.  The stretch of I-55 that is closed to traffic reaches from Hazlehurst Exit 61 to Gallman Exit 65.  Drivers are advised to follow law enforcement’s directions when traveling through the area.

The wreck, which is believed to be attributed to a heavy freezing fog that affected the area, occurred around 4 a.m. local time.