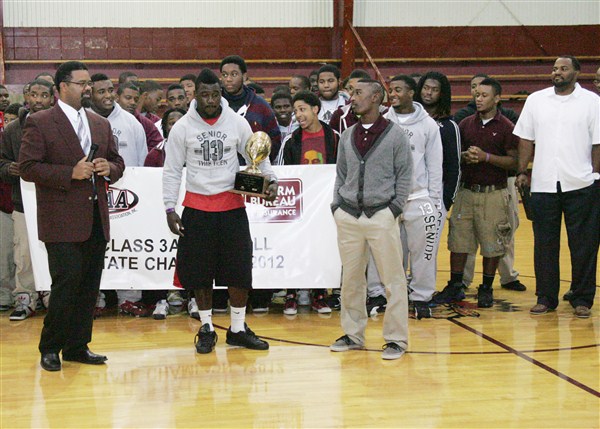 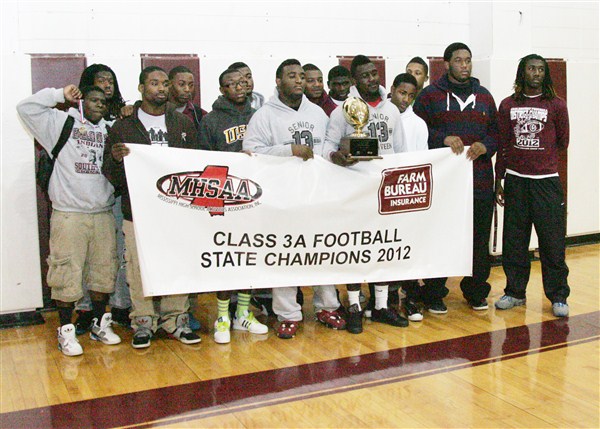 Senior class members of the 3A state champs pose with the gold ball.

The 2012 State 3A football champion Hazlehurst Indians were honored by Mayor Henry Banks, Alderman Ron Sims and a host of representatives from Farm Bureau and other organizations last week during a ceremony at the HHS gymnasium.
Mayor Banks and Sims presented head football coach Randal Montgomery and his staff with a resolution honoring the team that the board passed during Tuesday night’s meeting.
The gold ball trophy was presented to the students, as well.
(Photos by Crockett Action Shots)
Posted in Sports