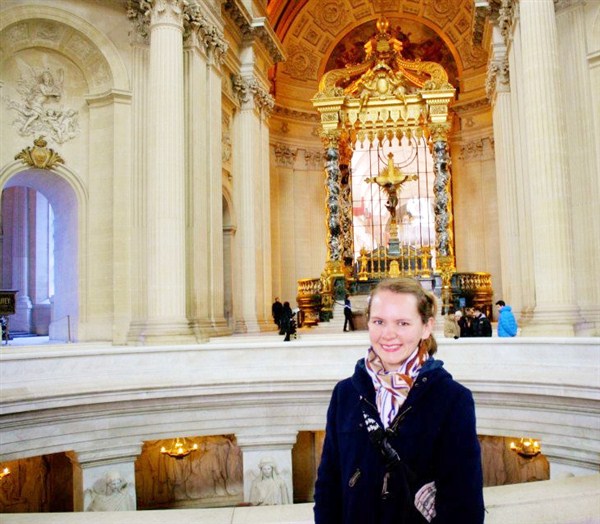 Anna Rikki Nelson of Hazlehurst was selected along with two other students from many who applied to the program to live and study in France for six months. Anna Rikki is the daughter of Ricky and Tammy Nelson of Hazlehurst, the granddaughter of Wilma and Harold Strong of Hazlehurst, granddaughter of Larry and Faye Nelson of Pineville and granddaughter of the late J.E. and Christine Taylor of Crystal Springs. Anna Rikki left for France Jan. 1.
She is currently in Orléans, France to study the French language at the University of Orléans. She is a senior history major with a French minor, and she will complete her bachelor of arts degree in History in August at the University of Southern Mississippi. She has applied for graduate school at University of Southern Mississippi.
Anna Rikki is only an hour by train away from Paris. Later in the semester, she will travel to other places in Europe. She has been given an amazing opportunity that would not be possible without the scholarship awarded to her by the University of Southern Mississippi.
Her language and history studies started at Copiah Academy, and she owes Mrs. Penny Hartley a great deal of gratitude for instilling in her an appreciation for French culture and language and to Mrs. Marsha Miller for instilling in her a great love of history at a young age. She also would not have this amazing opportunity without the many USM teachers who believed in her.