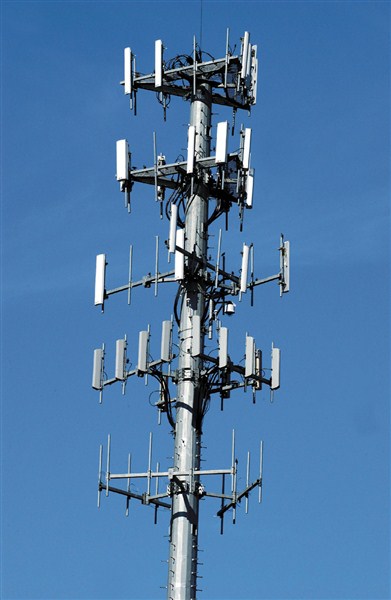 The two workers were killed in Georgetown on Tuesday afternoon while working on a cell tower similar to this one. The victims died of massive blunt force trauma, according to Copiah County coroner Ellis Stuart.

Two workers installing new antennas on the cell tower near the intersection of Highways 27 and 28 at Georgetown were killed when they fell from the tower Tuesday. A third man on the tower and four workers on the ground were not injured.
Michael A. Castelli, 42, of Baton Rouge, LA, and Johnny Martone, 32, of Taylorsville, Miss., were killed as a result of massive blunt force trauma, according to Ellis Stuart, Coroner of Copiah County.  The cause of death was determined after an autopsy was performed earlier today, he added.
The firm conducting the operation is based in Louisiana.
Posted in News