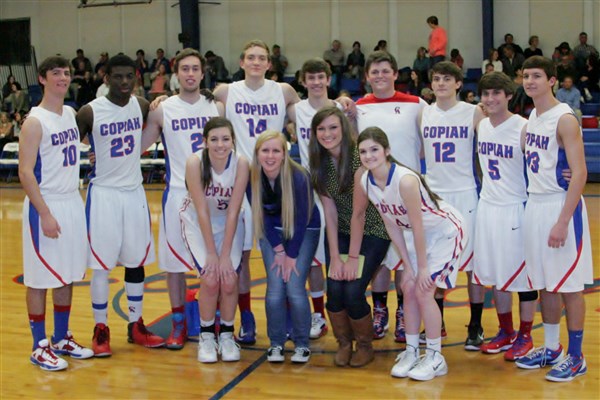 The Colonels hosted Brookhaven Academy on Monday, February 3, for Senior Night. Seniors from both boys and girls basketball squads were honored at the conclusion of the girls’ game.
Copiah played on an emotional high and stayed with the third-ranked Cougars. Brookhaven held a 20-14 lead at the end of the first and a 36-29 lead at the half.

The Colonels battled back to within three with seconds remaining, but were unable to sink a three-point shot to tie it.   Brookhaven won 68-65.