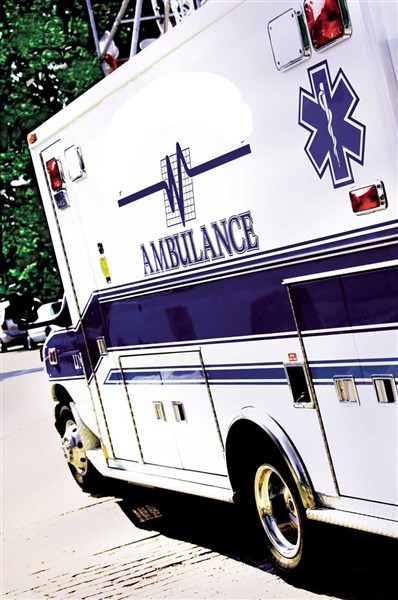 By Joe B. Coates

Hardy Wilson Memorial Hospital, a critical access hospital in terms of the basic services offered by the medical facility, the size of the population of the county, and the number of patients that can be seen at one time, has been the county’s provider of ambulance service for decades.  At one time, the service was a profitable part of the hospital’s service to the county, but recently, HWMH has subsidized the ambulance service to the point where the service is no longer sustainable, and as of April 10, will no longer be provided to the county by the hospital.
“We’ve lost money for the past 20 years and have attempted to get out of the ambulance business before, about 10 years ago.  At that time, the hospital could cover the minimal losses created by the ambulance service by shifting funds from more profitable areas. And, the board felt at the time that the service should be provided by the hospital,” said Carroll Hood, President of the Hardy Wilson Memorial Hospital Board of Trustees.  “However, over the past four to five years, the losses have mounted, increasing each year, to the point that the hospital has no choice but to relieve the non-profit healthcare organization of providing ambulance service to the county,” Hood said.
Three years ago, in 2011, the service lost around $150,000.  Hood said that the board had their accountants, BKD, look into the figures to see if that amount was correct.  It wasn’t.  The accountants revised that figure to around $200,000.  Most of the losses occurred because of adjustments from Medicaid, Medicare and private insurance companies.  If we bill, say, $1,000 for an ambulance trip, by the time we get paid, we might be getting about 38% of what we were owed,” Hood explained.  “That makes it impossible for the hospital to continue providing the ambulance service.”
Like in any business, the business has to be there.  And, it has been, at least.  Ambulance crews working for Hardy Wilson Memorial made 4,006 calls last year.  About 97% of the over 4,000 calls made last year are within five miles from the hospital.  Total actual transports came in at 3,207 after cancelled calls and other variables were figured.  A total of 706 of the 4,006 calls involved patients who were actually delivered back to Hardy Wilson.  The ambulance service, in essence, has been making about 11 calls per 24 hour period on average, which is plenty for a rural hospital and plenty of opportunities to financially support the staff and equipment and hourly wages and benefits – if a solid majority of the money that is owed after a call is actually collected.
“We are not in the business to make money,” he added, “but, as a non-profit, we must be able to pay our bills while providing the services we offer.  If we can’t, we have to shutter the services that are bleeding the most and focus on improving the ones that are faring well, or at least better.”
Hood said that the hospital is undergoing an internal self-audit to see what other departments will need to be “cleaned up” before the move to the new hospital, which has been mired in red tape and confusion over who will provide water to the facility for the past several months.  The delays have caused the hospital to miss a critical deadline for tax credits, which will have to be re-applied for.  And, because of the water fight which resulted in Copiah Water Association cementing the right to provide water to the new hospital, the architects have been delayed in producing the final plans for the new hospital.
“We can’t say if any departments will have to be cut in terms of staff, at this time, but we are looking at each one with a sharp pencil,” Hood added.
The Copiah County Board of Supervisors were notified of the change at the February 3 meeting when County Administrator Ronnie Barlow announced it.  Hardy Wilson advised the board that service will cease on April 10, 2014. The board members took subsequent action to advertise for bids for the service in this newspaper on February 19 and February 26.  The bids will be opened on Monday, March 10.
“The county will have a contract with an ambulance service after April 10, and the crews and equipment will be located in the county at all times,” Hood said. Some possible vendors are Medstat and American Medical Response, which are based in Jackson. One crew has a spot already fixed up in Crystal Springs at the fire department, and the other two crews will operate out of the existing ambulance service facility adjacent to the hospital in Hazlehurst.
“And, its not like we don’t have good personnel running our ambulances.  We have some of the best trained paramedics and EMTs in the entire state.  And, they are local folks,” Hood added.
The decision for Hood and the rest of the board was not easy, but it was necessary.  “We’ve looked at it for years and have tried to do what we could to justify keeping the ambulance service.  But, time is up on it, and the hospital can no longer carry it,” Hood said.
The transition is expected to be a smooth one as far as patients in Copiah County are concerned.  After the bids are opened, a clearer picture will develop as to what will happen next.