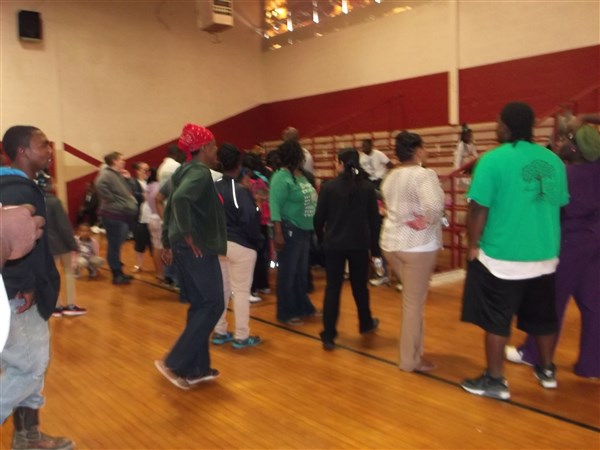 The scene at Hazlehurst Middle School was ‘orderly’ on Wednesday, when parents of Hazlehurst Middle School students found out that Principal Lee Wannik had returned to school a day early from a recent trip to Africa, where the Ebola virus has been spreading fairly rapidly. Principal Wannik has just returned from attending the funeral of his brother in Zambia, Africa. A meeting was held Tuesday, October 14 in the school’s auditorium, to try to calm parents and officials who wanted the principal to leave permanently.

School administrators paired children with their parents and others eligible to pick up the children from school throughout the morning. Parents were concerned about the health of their children, should the principal become ill. One parent said, “I was gonna keep my kids home today, but he wasn’t supposed to come back until Friday so I let them come.” Many of the parents had to leave work to come get their children. Local law enforcement was present but said the crowd was organized and orderly.

Meanwhile, Principal Wannik has decided to take vacation, school officials have confirmed.  Wannik was cleared by Center for Disease Control when he arrived back in the United States.