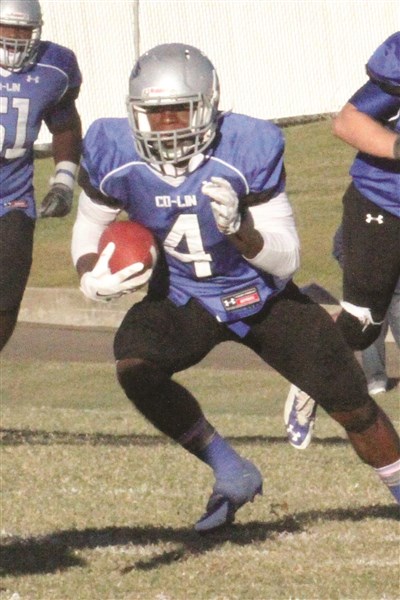 GETTING YARDS – Courtney Foy (4) gets yards after the catch in the game against Northwest. 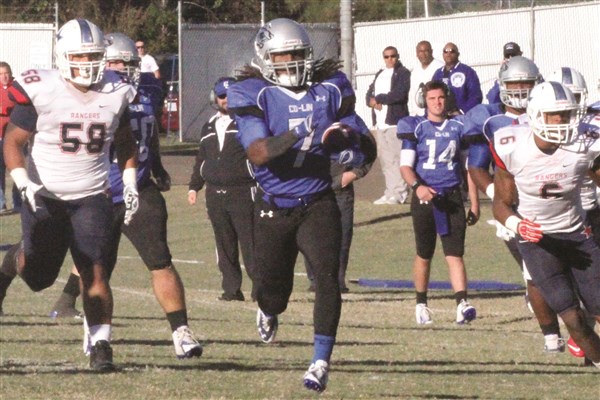 GOING IN FOR SIX – DeLance Turner (7) breaks away for a touchdown in the game against Northwest.

WESSON – The game wasn’t always pretty or easy for Copiah-Lincoln in their MACJC Semifinal matchup with Northwest on Saturday in Wesson. In the end it was enough as the No. 11 Wolfpack used a 21 point fourth quarter to top the Rangers 44-30. Co-Lin will host No. 2 East Mississippi on Saturday, Nov. 8 in the MACJC state championship game.

The game started as well as it possibly could for Co-Lin (8-2) as they held the Rangers (4-6) to a three-and-out on their first drive. Co-Lin’s Donald Gray returned the Northwest punt 65-yard for the touchdown and Co-Lin had jumped out to an early 7-0 lead.

However, Gray would then fumble the next two punts he returned and Northwest would tie the game after one of those turnovers with a 24-yard touchdown pass from Kyle Morgan to Jamarius Mabry.

Morgan and Mabry would connect again for another scoring pass on the final play of the first quarter, this time for 37-yards, and Co-Lin trailed 14-10 at the start of the secondquarter.
The Ranger defense stiffened time after time when the Wolfpack made it into the red zone. Co-Lin kicker Greg Nickles was excellent at making sure his team didn’t come away with empty possessions. Nickles kicked field goals of 23, 22, and 46-yards in the first half. The 46-yard kick was a career long for the freshman from East Rankin Academy.

Co-Lin trailed 20-16 at halftime. The Wolfpack would put together their best drive of the day to open the second half, going 65 yards in seven plays and taking a 23-20 lead on a 9-yard touchdown pass from Daniel Fitzwater to Germie Martin.