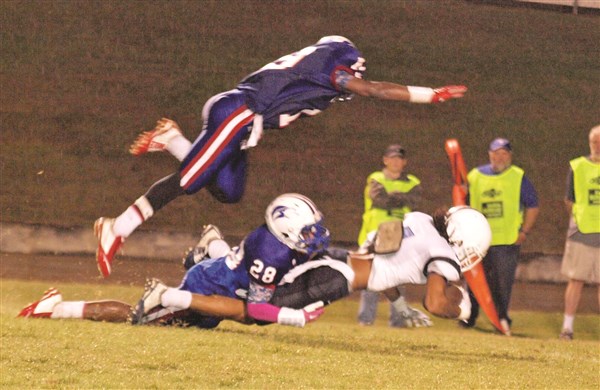 WESSON- The Wesson Cobras braved the rain Friday night to face the Port Gibson Blue Wave but suffered a hard loss with a final score of 7-0.

“Turnovers killed us,” said Cobra coach Ronald Greer. “Regardless of your opponent, if you turn the ball over seven times it makes it virtually impossible to win the game. We have to take care of the ball to give ourselves a chance to win ballgames.”

Both Wesson and Port Gibson struggled in the rain the whole first half of the game. During the first quarter, the Cobras worked the ball down into Port Gibson territory with three first downs and made it to the 2 yard line but fell short of scoring.