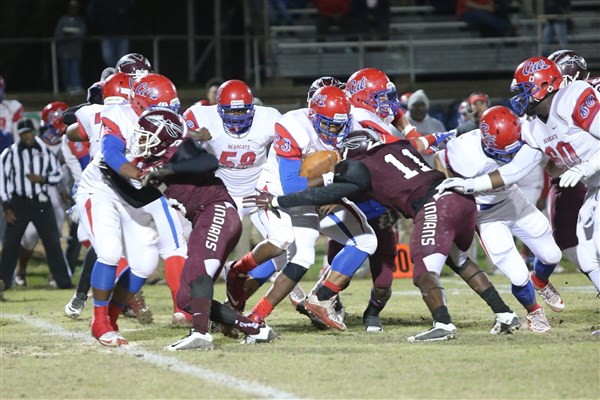 Forest County came into town last Friday night wanting to hand the Indians their first lost and put them out of the playoffs.  It was very rare for the two teams to even be playing again. Hazlehurst traveled to Scott County earlier this year and defeated the Bearcats; so, the Bearcats came in gunning for a win.

To read more about the Indians’ travels to State, see the Copiah County Courier on sale throughout Copiah County.