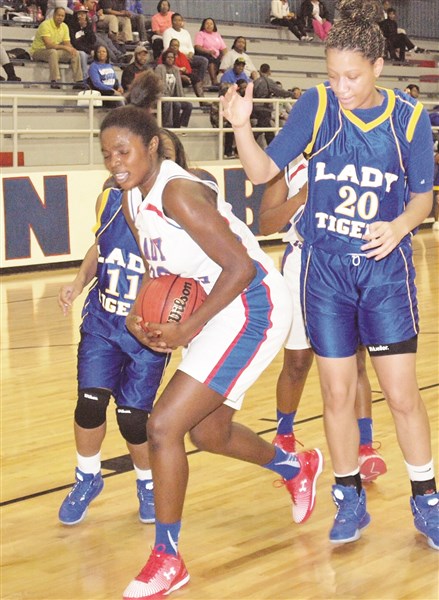 MY BALL – Wesson’s Jashia Smith (30) holds on to the ball as Jefferson County’s Antrell Gaines (20) tries to take it away. The Lady Tigers won 50-31. (Photo by Tracy Fischer)

The Wesson Cobras stole a win from the Loyd Star Hornets in a tight game Tuesday night. The Hornets took a early lead in the 1st quarter with a score of 10-9 and held it going into halftime at 31-26. After the half, both teams continued to battle on the court but Loyd Star maintained the lead at the end of the 3rd quarter with a score of 51-47. The Cobras came back strong in the 4th quarter when junior Eric Rhymes hit a 3-pointer to take the lead. The Cobras continued with that momentum and took the win with a final score of 75-61.