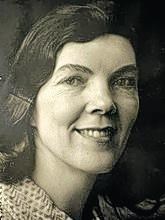 Carol Alford Moore, a retired instructor of English at LSU, passed away in Lafayette, La., on Dec. 17, 2022, at the age of 89. The only child of Earl and Dorothy Alford, Carol grew up in the small town of Crystal Springs.
Attending Belhaven College (now Belhaven University) in Jackson, Carol studied English and French, composing short stories and poetry that won multiple awards. An outstanding student, she was known for her kind nature and beauty, and was named a Beauty of Belhaven in 1955. Prior to graduation, Carol received a prestigious Fulbright scholarship, one of the first to be awarded in Mississippi. It gave the opportunity for graduate work in English literature at the University College of North Staffordshire in England. She set sail from New York City on the Queen Elizabeth II, beginning an enriching experience of study, research, travel, and cultural and social engagement.
Carol subsequently attended graduate school at Vanderbilt University, where she met her future husband, Don Moore. Earning a master’s degree in English, Carol worked for the Methodist Publishing House.
She and Don married in 1958, starting their teaching careers in Virginia. They soon moved to New Orleans, where Don worked on his Ph.D. in English and Carol worked for a psychologist. There, they had two children, Kevin and Sherry. The family moved to Baton Rouge, where Don established his lengthy teaching career in English at LSU. After the kids started school, Carol joined LSU as a part-time English instructor. She was promoted to career instructor following her publication of a scholarly article on writer Eudora Welty in the distinguished LSU journal, The Southern Review. While teaching, Carol and Don shared an office for years, supporting each other and often sharing a laugh over humorous mistakes found in well-meaning student papers.
Carol was a wonderful wife, mother, daughter, grandmother, and friend. She enjoyed writing, reading good novels, and admiring the arts. An accomplished musician, she played the piano and sang in the Chancel Choir at University United Methodist Church, where the family attended. Carol was a devoted member of her book club, the Ladies Lunch Group, and other groups. She loved traveling and participated in several trips of the LSU in London summer study program, which her husband and his colleague developed.
Carol’s dear son, Kevin, and her beloved husband of almost 60 years preceded her in death.
She is survived by her daughter, Sherry Curry and husband Bill Curry; her grandsons, Paul and Michael; and her daughter-in-law, Kathleen Moore.
The family would like to thank Morcey Johns, Mel’s Heart of Gold Nursing Services, and the staff of Courtyard Manor, who cared for Carol in her final months.
Services will be held at Baton Rouge University United Methodist Church at 2 p.m., Saturday, Jan. 21, with visitation from 1 to 2 p.m. Inurnment will follow the service in the church’s columbarium.
In lieu of flowers, please make a donation to the Louisiana Methodist Children’s Home, Louisiana Nature Conservancy, Heifer International, or to your favorite charity.