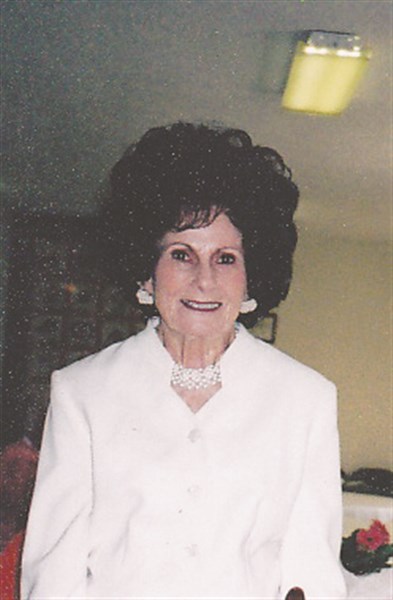 Services were held Nov. 18, at Decell Memorial Methodist Church with burial in the Wesson Cemetery. Brookhaven Funeral Home was in charge.

She was born Sept. 17, 1927, in Wesson to James  E. and Bennie Butler McKnight. She graduated from Co-Lin High School and Copiah-Lincoln Community College. During her freshman year at Co-Lin, she was selected as one of only two majorettes, known as “Colettes,” who performed with the marching band. She met her husband Robert Larry Greer of McComb while at Co-Lin.

She worked in the payroll office for 17 years at Stahl-Urban Company in Brookhaven before devoting herself to Wesson’s diverse civic, cultural, charitable and governmental activities. She served 16 years as Alderman of Ward 3, 12 years as mayor pro-tempore, and 14 years as trustee and advisory member of the Copiah County Economic Development Board.
She served six years on the Wesson Chamber of Commerce, three as president. In 1999 she was selected as Wesson’s Outstanding Citizen. In 2006 she was chosen Co-Lin’s Alumna of the Year, in 2007 elected to Co-Lin’s Hall of Fame, and was named Grand Marshal of the Wesson Founder’s Day Parade in 2010, and also active in Decell Memorial Methodist Church.
She sponsored a Major Donor Endowed Scholarship in 2007 and met each year with the student chosen for this honor.

She was preceded in death by her husband of 53 years, Robert; a brother, Melvin McKnight and sister Bennie Alma Blair.

In lieu of flowers the family requests that memorials be made to Decell Methodist Church in Wesson, or The Lura M., Larry and Dale Greer Scholarship at Copiah-Lincoln.